Scroll down
About PUTS 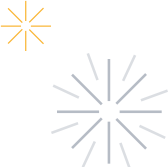 PUTS campus is located on the beautiful slopes of Acha Mountain overlooking the Han River. It was a gift from the United Presbyterian Church in the U.S.A. This 16 acre campus consists of Memorial Chapel, Main Administrative Building, Main Lecture Hall, Music Hall, Center for World Mission, Luce Center for the Global Church, and Dormitories.

The Main Lecture Hall was completed in May 1983. It was constructed with offerings given by the churches of the Presbyterian Church of Korea (PCK). This building includes language laboratory, speech studio, and classrooms.

The Center for World Mission was established in February of 1986. It consists of seminar rooms and dormitories. Offices and classrooms were added in July of 1987. In 1994, two dormitories were built, and in May 2001, Samuel Moffett Memorial Building, Han KyungChik Memorial Chapel and Luce Center for the Global Church were built with additional dormitories.

The Presbyterian University and Theological Seminary is located in the east part of Seoul. If you are driving from the Inchon Int'l Airport (located west of Seoul), proceed east on the Olympic Highway, turn left onto the Olympic Bridge and go over the Han River, turn right onto Kwangnarutgil, and continue to the main entrance of the seminary. The Admissions Office is in the Samuel Moffett Memorial Building.